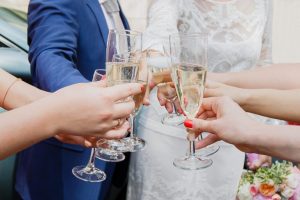 The UK economy picked up some momentum during the three months to May as the hot weather and royal wedding sparked a modest rebound from the lacklustre performance recorded in the early part of the year.

Last month saw a new monthly reading of gross domestic product (GDP) launched by the Office for National Statistics (ONS). This showed that the UK economy grew by 0.3% in May, compared to 0.2% in April and zero growth in March, while the average growth rate across the three months to the end of May was 0.2%.

Commenting on the figures, Rob Kent-Smith, Head of National Accounts at ONS, said: “The first of our new rolling estimates of GDP shows a mixed picture of the UK economy with modest growth driven by the services sector, partly offset by falling construction and industrial output. Services, in particular, grew robustly in May, with retailers enjoying a double boost from the warm weather and the royal wedding.”

While the data does therefore point to a second quarter bounceback as the Bank of England (BoE) has been predicting, it does suggest that this rebound may be relatively limited. And, in essence, the current improvement in economic fortunes can pretty much be explained by the impact of the hot weather and royal wedding, in much the same way that the snow and cold weather seems to have depressed the economy in February and March.

The continuing summer heatwave and positive economic impact of the football World Cup are likely to underpin reasonable levels of growth across the summer months. However, it remains to be seen whether the economy will be able to sustain this quicker pace of growth once the positive impact of the hot weather, royal wedding and World Cup starts to fade. 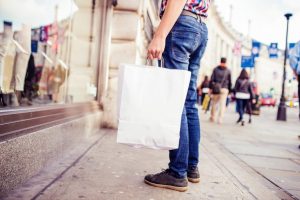 The rate of inflation in the UK remained unchanged in June, confounding a majority of economists who had predicted that a build-up in price pressures was set to push the figure higher.

ONS data showed that the Consumer Prices Index 12-month rate – which compares prices in the current month with the same period a year earlier – held steady at 2.4% in June 2018. This was the third month in a row that this measure of inflation had remained at this level, which is the lowest rate of inflation since March 2017.

The consensus amongst economists had been that the June figure would increase to 2.6%, largely due to the rise in global oil prices witnessed in recent months. However, a fall in the cost of computer games and the heavy discounting of summer clothing sales actually kept price pressures at bay, despite motor fuel prices rising to their highest level for nearly four years and a hike in household energy prices.

A drop in the cost of clothing and footwear sales was particularly noteworthy. While it is normal for such prices to be reduced at this time of year, this was the largest decline in this category since 2012, as shops slashed summer sales prices amid deep gloom on the high street. ONS statisticians reported that the main impact actually stemmed from men’s fashion.

The inflation statistics did, however, once again highlight the existence of some inflationary pressures in the pipeline. The cost of raw materials, for example, was 10.2% higher than in June 2017, the strongest rise in a year. This would appear to suggest that the rate of inflation may still be set to rise a little, certainly in the short term. 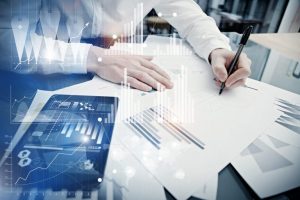 The FTSE100 ended July on an upbeat note, rising by 1.46% over the month. This surge was fuelled in part by gains during afternoon trade that followed a report that the US and China may restart discussions aimed at resolving trade conflicts. Mining stocks on the FTSE100 leapt as China is a major buyer of industrial and precious metals, including copper. The basic materials and health care sectors led advancers, while the telecommunications and technology groups led decliners. The blue-chip gauge closed up 0.6% on the day at 7,748.76.

US stocks climbed, helped by a round of strong earnings reports in the industrials sector, while technology stocks started to bounce back after a three-session downturn. The tech-heavy Nasdaq Composite closed the month up 2.15% to 7,671.79 and the Dow Jones closed on 25,415.19, up by 4.71% on June.

The latest official employment statistics show that the UK labour market remains in a robust state, with the proportion of people in work rising to yet another record high.

Data from the Labour Force Survey showed that the number of people in work rose by 137,000 during the three months to May 2018. As a result, the overall employment rate (the proportion of 16–64 year olds in work) rose to 75.7%, the highest figure since comparable records began in 1971.

The data also showed that the number of people unemployed stood at 1.41 million in the three months to May, 12,000 fewer than in the previous three-month period. This left the unemployment rate at 4.2%, down from 4.5% a year earlier and the joint lowest level since 1975.

Despite the strong employment data, the modest growth in pay levels that had been evident over the past year appears to have stalled. Average weekly earnings, excluding bonuses, rose by 2.7% in the three months to May compared to the same period a year earlier, down from 2.8% in the previous three-month period. This was the second consecutive monthly decline in this measure of wage growth.

A moderation in inflationary pressures across the year does at least mean that wages are still currently rising at a faster pace than prices. And the recent announcement that the government is lifting its seven-year public-sector pay cap will see around a million public sector workers benefit from bigger pay rises in the coming year.

In some respects, the recent decline in wage growth may also partly be a statistical anomaly reflecting the unusually large pay awards made a year earlier. However, while this may be the case, the data does still suggest that an era of inflation-busting wage increases is unlikely to be imminent.

The UK government’s independent budget watchdog has painted a relatively bleak picture of the state of the country’s public finances over the longer term.

Updated projections of government finances over the next 50 years were recently published by the Office for Budget Responsibility (OBR) in its latest Fiscal Sustainability Report. And the forecasts suggest that public finances are set to come under significant pressure over the long term.

The worsening situation is largely due to two factors: the Prime Minister’s currently ‘unfunded’ £20 billion NHS spending pledge announced in June and the impact of a population that is ageing faster than previous projections had implied.

The OBR also warned that a fresh assessment of the student loans system has shown that the current accounting treatment underestimates the impact of higher education costs on public finances. This means that the headline measure of the budget deficit outlined in the report would actually be even higher if ‘alternative’ approaches to student loans were adopted.

While the OBR’s long-term assessment of public finances may make grim reading, there was better news in relation to short-term government borrowing. Indeed, the latest data released by ONS shows that UK public sector net borrowing in June 2018 fell to £5.4 billion, down from £6.2 billion a year earlier.

As a result, borrowing across the first three months of the fiscal year now stands at £16.8 billion, £5.4 billion less than the same period of the previous financial year. This represents the best start to a fiscal year since 2007.

It is important to take professional advice before making any decision relating to your personal finances. Information within this document is based on our current understanding and can be subject to change without notice and the accuracy and completeness of the information cannot be guaranteed. It does not provide individual tailored investment advice and is for guidance only. Some rules may vary in different parts of the UK. We cannot assume legal liability for any errors or omissions it might contain. Levels and bases of, and reliefs from, taxation are those currently applying or proposed and are subject to change; their value depends on the individual circumstances of the investor. No part of this document may be reproduced in any manner without prior permission.